Synthesis and optimization of a precursor to 18F-DOPA

The following results from GE Healthcare (Department of Chemical Development - Process Research, Oslo) were presented at the organic chemical winter meeting of the norwegian chemical society in 2008.

18F-DOPA is a PET imaging agent for the diagnosis of Parkinsons disease. On an automated synthesis system the fluorination step should be nucleophillic making use of all 18fluoride produced M. Gacek, H. Priebe, N. J. Osborn: Radiolabelling method using polymers; WO 2007/066089 A2.

In the medicinal chemists route the steps from precursor 3 to 6 had low overall yield and needed improvement. 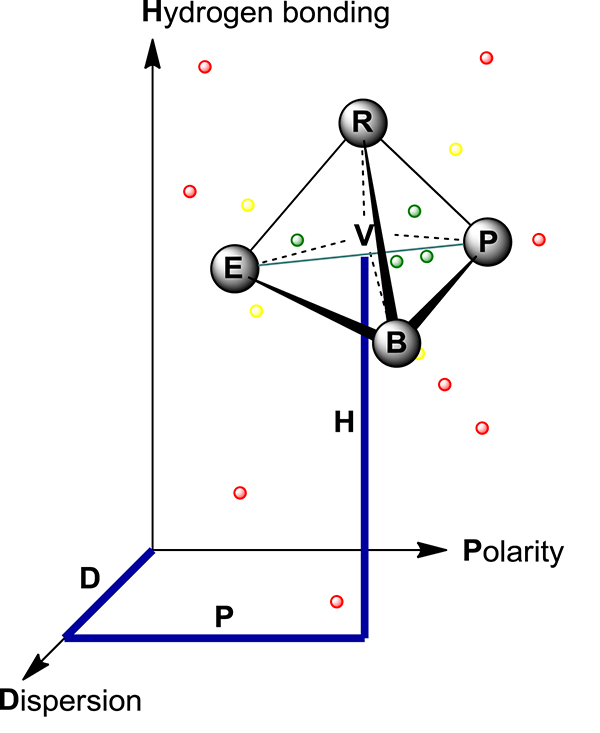 For each step the virtual point V for the starting material E, product P, reagent R and base B was determined and a good solvent close to V identified. Step 3 to 4 needed N,N-Dimethylacetamide DMA as solvent. The ring closure of the N-protecting group (Phthalic anhydride PhA) in 4 used benzoic anhydride BA instead of acetic anhydride and step 4 to 5 could be dropped. Benzoic anhydride BA was used again in step 5 to 6 instead of PhCOCl and pyridine was identified as good solvent. The steps were combined to a one-pot procedure with sequential addition.

Three steps from 3 to 6 in the original synthetic route could be simplified to a sequential one-pot procedure with improved yield (84% per step).